3 Ways Oil Leaks Can Be Dangerous 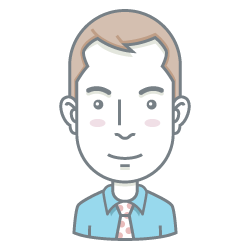 When it comes to buying a car, choosing the right make and model is one thing, and finding the right car dealer is another thing altogether. A few years ago, I purchased a car from one of my cousin's dealerships, and I absolutely loved the quality of service that they offered. I am here to tell you what your car dealership can do for you, so that you know how you want to be treated as you shop. If you really care about saving money and working with nice, intelligent dealers, check out this blog for tips on how to make your shopping experience productive.

3 Ways Oil Leaks Can Be Dangerous

If you drive an older vehicle, oil leaks can quickly become a routine part of daily life. Gaskets, hoses, o-rings, and other soft parts tend to wear out over time, allowing small amounts of oil to escape. Depending on the age of your car, its model, and your environmental conditions, these leaks may even begin to develop relatively early in your car's life.

While oil leaks may seem more like a nuisance than a critical failure, this isn't always the case. Most leaks are small enough that they don't pose any immediate threat to your engine, but that doesn't mean they're harmless. If your car is currently losing oil, here are three ways that leak may turn into a dangerous or costly situation.

It's no secret that oil is highly combustible. While there's no risk of oil catching fire when exposed to reasonable (or even fairly high temperatures), there are several places in your engine that exceed any definition of "reasonable." In particular, parts of your exhaust system can become so hot that they begin to glow red.

Oil leaks from some locations, such as the valve cover gasket, can leak directly onto exhaust components. These leaks typically create noticeable smoke from the engine bay as the oil burns off. Although smoking oil doesn't mean your engine is on fire, there is a risk of igniting nearby components. Always have a professional check your car as soon as possible if an oil leak is creating visible smoke.

Most components in your engine bay are relatively resistant to oil damage, but not all of them. Some rubber or plastic components may have issues with engine oil, especially old, contaminated oil. Long-term exposure to an oil leak can cause these components to degrade, resulting in other failures or additional leaks.

More severe issues can occur with specific parts. For example, oil can leak directly into your alternator, leading to its failure. Another potential risk is oil leaking near your accessory belts. Although your timing belt should be well-protected, accessory belts are often exposed. Oil leaking onto the belt will cause it to slip, forcing a replacement and potentially leaving you stranded.

Sudden loss of oil pressure is one of the most severe consequences of any oil leak. Although a leak may initially seem slow, gaskets or hoses can get worse over time and fail suddenly. When this occurs, your car may lose oil much too rapidly for you to complete your journey. Not only is this environmentally unfriendly, but it can ruin your engine if you don't react quickly enough.

Ultimately, there's no such thing as a "minor" oil leak. Any time your car leaks oil, it's worth locating and repairing the problem as soon as possible. This step will help you avoid the many potentially severe issues that can result from an unaddressed oil leak.